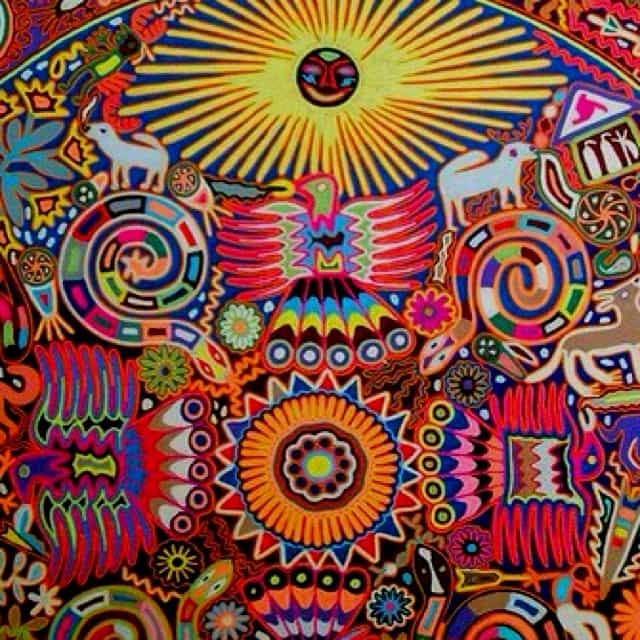 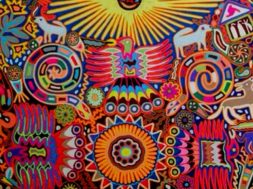 materials ranging from wood to textiles and corn skins, used to create unique pieces that resemble tradition and

culture of the Mexican people.

The Laboratory is led by Rocío Cid Ochoa, Anthropologist, Ethnographer, who through the creation of Mexican Popular Art,

completes an anthropological research project on the usage and customs of the various ethnic groups living in Mexico.

Through a visual narrative we try to disseminate knowledge to the international public of cetain rituals of passages, celebrations

and anniversaries of religious character, and everyday life, as well as some symbols of the cosmogony of the native peoples of

Mexico, this collection of images and objects is the result of a learning path of the various materials processing techniques

such as maize skins, cooked land and woolen yarn, as well as the “Mexican cartoneria” . The last technique represents

an important cultural manifestation of ancestral heritage of Mexican territory.

The activity aim to disseminate and preserve historical and non-profit heritage.

THEME: “God’s Eye Wixarika”
The main purpose of the workshop is to introduce a symbol of the Wixarika Culture (Huichol) known as “ojo de Dios”, which represents a small part of the religious and ritual concept of this ethnic group present in the states of Nayarit, Durango, Jalisco, north of Mexico. This group has an ancestral heritage that still maintains its roots.
This symbol also represents the four cardinal points and the center of the universe, and above all, the east where the sun is born, “the Fire Grandfather”.
With the arrival of a newborn, parents begin to weave an “eye of God” that will accompany the spiritual journey of the child, enclosing in it the prayer, the meditation and the desire for health for the little one. Every year a new rhombus is added that represents a goal achieved in health, with the arrival of the fifth year, this symbol will be offered at Sacred Place of San Blas, Nayarit as a thank you for the first five years of life.
MATERIALS:
Primarily, nature-conserving materials are used, and few elements within reach.
Wool of various colors
Wooden sticks, small seeds and shells.
Cost per child or adult Euro 5,00 (included)
Duration of 30 minutes.
“AHUECHTZIN” Mexican folk art laboratories. It is an initiative that is born with the goal of spreading the Mexican Culture through manual work, in such events as Popes’ Festivals and cultural initiatives. Conducted by Rocio Cid Ochoa. Anthropologist Etnohistoradora ENAH (Escuela Nacional de Antropología e Historia) Popular artist mexicana INBA (Escuela nacional de Artesanías).
Contact: cidochoarocio@hotmail.it
Facebook Ahechtzin Mexican handcfraft workshops.

2. Realization of a pre-Columbian code through drawing. Presentation of activity: The Pre-Columbian Codes indicate the manuscripts of Aztec, Mayan, or other cultures of the pre-Columbian period and of the Spanish conquest. Codes are one of the primary sources of knowledge for the culture of ancient peoples. Codes are classified into two groups: Pre-Columbian codes have as their main feature the fact that they are pictographs, and bend to accordion, were made with the ficus tree bark, known as “loved”, a word from the Nahuatl language “amatl”. Although there are only a few pre-winning codes, the tradition of the “tlahcuilo” (code painter) survived the transition to colonial culture; these documents in historiography are considered as the primary archaeological source in the reconstruction of the past of ancient peoples. An important example of this type of code is known as Códice Yuta Tnoho or Códice Vindobonenesis, which is currently preserved in the Austrian National Library. The second type of code is the colonial ones that do not contain pictograms, but also written in Nahuatl (in Latin characters), in Spanish, and occasionally in Latin, bound as a book in the Western manner under the supervision of colonists and religious of the ‘ era for commission of the Spanish Crown with the aim of knowing the uses and customs of the newly conquered peoples. An important example is the Fiorentino Code, a series of 12 books created under the supervision of Friar Bernardino de Sahagún between 1540 and 1585. Didactic activity: The main purpose of this laboratory is to bring the participants to knowledge of the codes of Culture 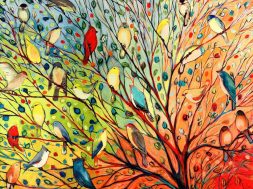