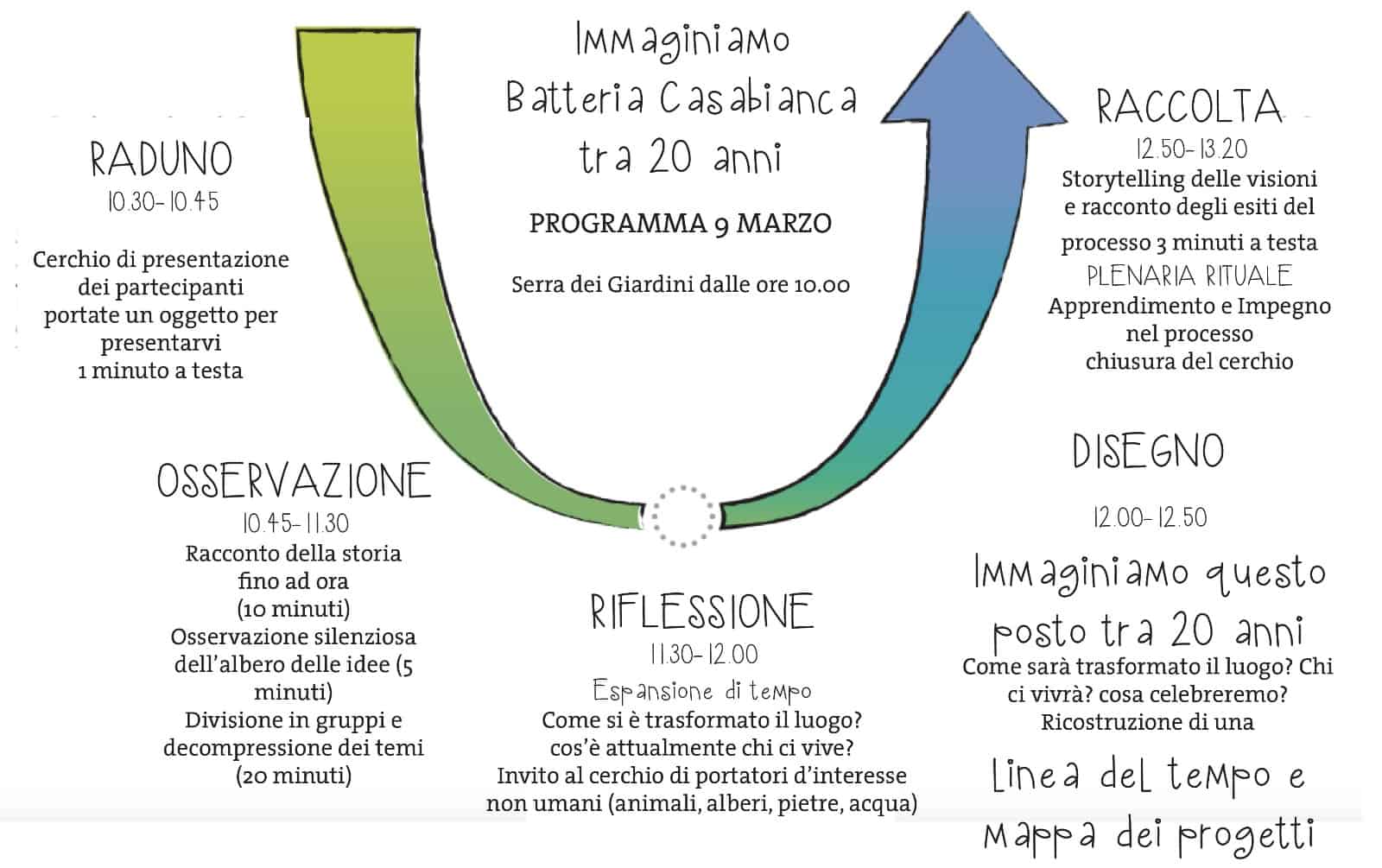 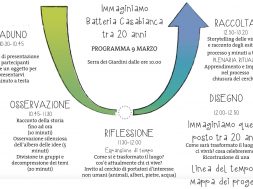 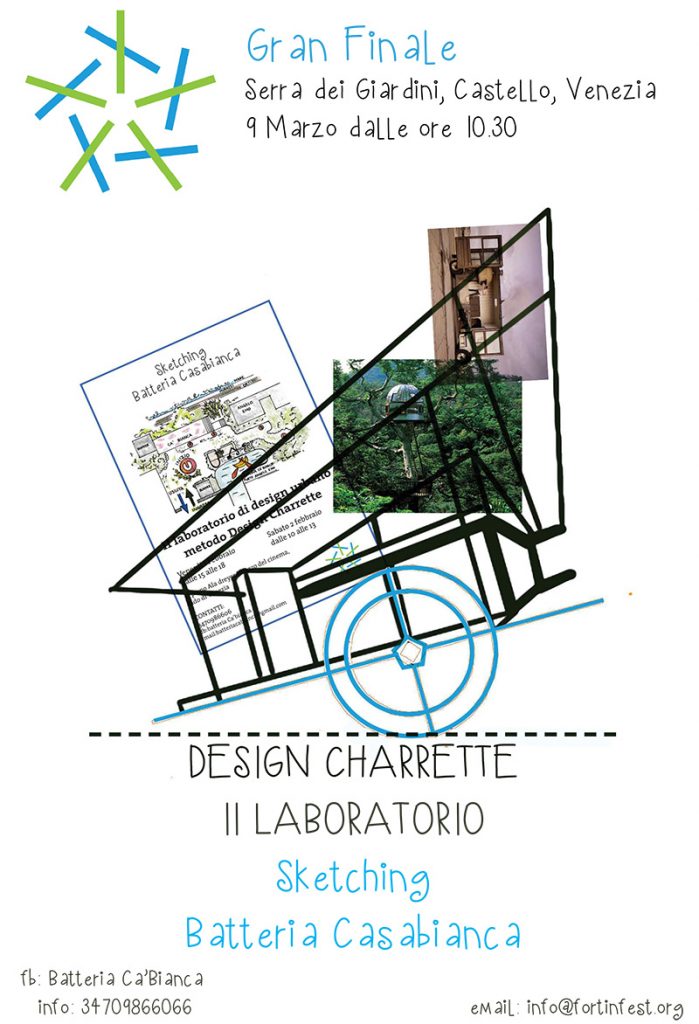 Grand finale Sketching Battery Casabianca: urban design workshop of active civic immagination!
9 March 2019, Serra dei Giardini Venice Italy
This second charrette was born from the need to seek a shared vision and a collaborative management model of the ex Battery Casabianca and Forte Angelo Emo. The charrette was organized following the negotiation with the state property for the assignment of management. Another primary objective was to visualize ideas and to overcome the inhibition from white paper through several intensive work sessions, bringing together professional figures involved in the work (architects, planners, designers, naturalists, sociologists, anthropologists) and interested persons. of different socio-cultural extractions as citizens or actors in the future management of space.

Battery Casabianca is a common good. The citizens want to resist the financial crisis 2019, and the State Agency execution of the willingness to make cash in the coming months.  the State Property Agency

will askto draw up a list of 1000 state assets to be sold by 2021 to raise 1 billion and 300 million euro! Well yes! We no longer speak of paths and routes, but rather of auction and sale around the corner.

The meeting opened at the Palazzo del Cinema took place in two half days very fast and fairly attended. About 30 people took part, of which 20 people took part in both days. 12 people represent new faces in the process and 18 people were already involved and more or less involved in the design process. About 12 people have carried out an inspection led by the In Diversity association.
The meeting between the realistic and savvy vision of experienced citizens and the creativity and imagination of young people engaged in cultural change from below has occurred.

This is an invitation to the Grand finale of the second Urban Design Workshop on the former White House Battery Space, to be held on March 9 at the Serra dei Giardini from 4.50 pm

The process will be intense and aimed at producing the best synthesis design and a vision on the regeneration space ex Battery Casabianca and Forte Angelo Emo, located in via Pigafetta, Lido of Venice and curated by the In Diversity Association. The goal is to create a synthesis design among the different visions. The best alternative is chosen.

The charrette design as a method of engagement of technicians and citizenship.

The departure from the white sheet is important because it symbolizes the absolute authority of the drawing team. They should feel full of power and challenged at the same time. Ignoring existing policies in place instead makes the charrette a pure exercise of imagination, if it goes well, against productive, if it goes wrong. The requirements of the programs become real when they are anchored in the territory. It is not real until you are confronted with drawing on the blank page, the design based on policies already decided inevitably brings out the conflict. Only design can elevate and resolve these conflicts through an interactive and collaborative process, to give and take, synthesis and synergy, empathy and understanding, an encounter between the rational and intuitive side. To complete a successful charrette design, all actors should sit at the same table and work together with the citizens. It seems like a utopia but this technique has already been tested in big urban planning processes in big American and Italian cities and it works. 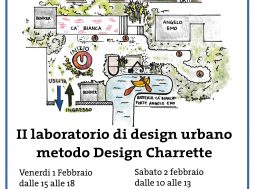 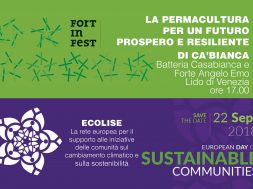 Permaculture for a Prosperous and Resilient Future