Contemporary Syria scholar and author of Syria. From the Ottomans to the Assad. And beyond, Mondadori University. From Beirut he corresponds to Ansa and collaborates with numerous national and foreign titles, including Limes. He will be with us in webconference to talk about the situation in Syria and the spiral of contemporary conflicts.

Christian Elia presents: “History of a bullet, Emergency tells us the daily horror of the war” The story of Cecilia Strada, the voice of Valerio Mastandrea. A multimedia work in eight sections. Data, voices, interviews and images from the hospital in Kabul. The documentary dedicated to Emergency is in Afghanistan and you have to listen, watch, hear. Images and voice, data and history. All in one page. “A 35-minute sensory experience” in which all the information needed to understand what it means to work at the Kabul surgical center is shared. 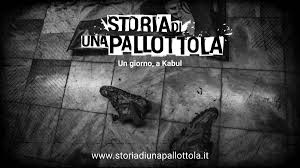 Iraq and the ISIS War, analysis and reportage by Emanuele Confortin

Reportage from Iraq. After three warlords in the war, the ‘Land of the Two Rivers’ is disfigured by violence, by intestinal wounds that make it easy to see easy solutions … not even right. Here too migratory exits start, and the highest price is for minorities. The author presents the work between March and August 2017 between Mosul and Erbil.

While in Iraq to cover the Battle of Mosul, in March 2017, Emanuele Confortin comes into contact with Matti al-Kanon, a 73-year-old painter who grew up as an artist at the Baghdad Academy where for a lifetime he was an art teacher. He is the eldest member of a family of Syrian Christians who fled from August 6, 2014, when militia of the Islamic State attacked their city at the gates of Mosul. The escape suddenly took place, just enough time to grab the necessary space and take the carriage leading to Erbil. In the house they remained dresses, memories and above all the artistic heritage signed by al-Kanon, including some Christian themed paintings. They will be the first victims of the militia, who armed with knives will spoil the canvases, in the name of an iconoclast that does not admit the anthropomorphic depictions of the divine …

A complex story, of what to know in the depths before it can be told … so in August 2017 Confortin is again between Kurdistan and Iraq. Along with the Kanon family, he returns to the city of origin, still deserted and semi-destroyed by bombing. Here they find the works, including those scattered, then organize a means of transport and transfer to Erbil, through checkpoints and borders where transit is not at all deserved. It takes two weeks to arrange everything, but at the end Kanon is repossessed of his canvases, and decides to bring those sneezing back into existence. “I wanted to fix it to show that we will remain, that we will continue to exist … we are against anyone who intends to send us or kill us, not just ISIS, but anyone who intends to hit us … we will resume and we will be able to regain life without fear.”

In his reportage, Emanuele Confortin retraces the story from a close-up perspective, following day after day the return of al-Kanon and that of his works, witnessing a story of strong symbolic value, the very essence of the recent history of Iraq